Radon is an odorless, invisible, cancer-causing radioactive gas found throughout the world. Radon gas is released by natural decomposition of uranium, which is commonly found in soil and rock.

Why is Radon a Concern?

Radon is a gas that enters the home via cracks in the basement floor, cracks in walls, utility openings, hollow cement walls, sump pits, drains, floor-wall joints. Airborne radon breaks down and attaches to dust particles in the air. These radioactive particles can be inhaled easily. The particles then attach to the lining of the lungs. As the radon continues to break down, it emits alpha radiation particles, which mutate the DNA in the lung cells. These DNA mutations can lead to lung cancer. The damage to the lungs and the risk of lung cancer increases with prolonged radon exposure. The EPA believes that radon exposure at any level carries some risks, and a number of other activities, such as smoking, can speed up lung damage. 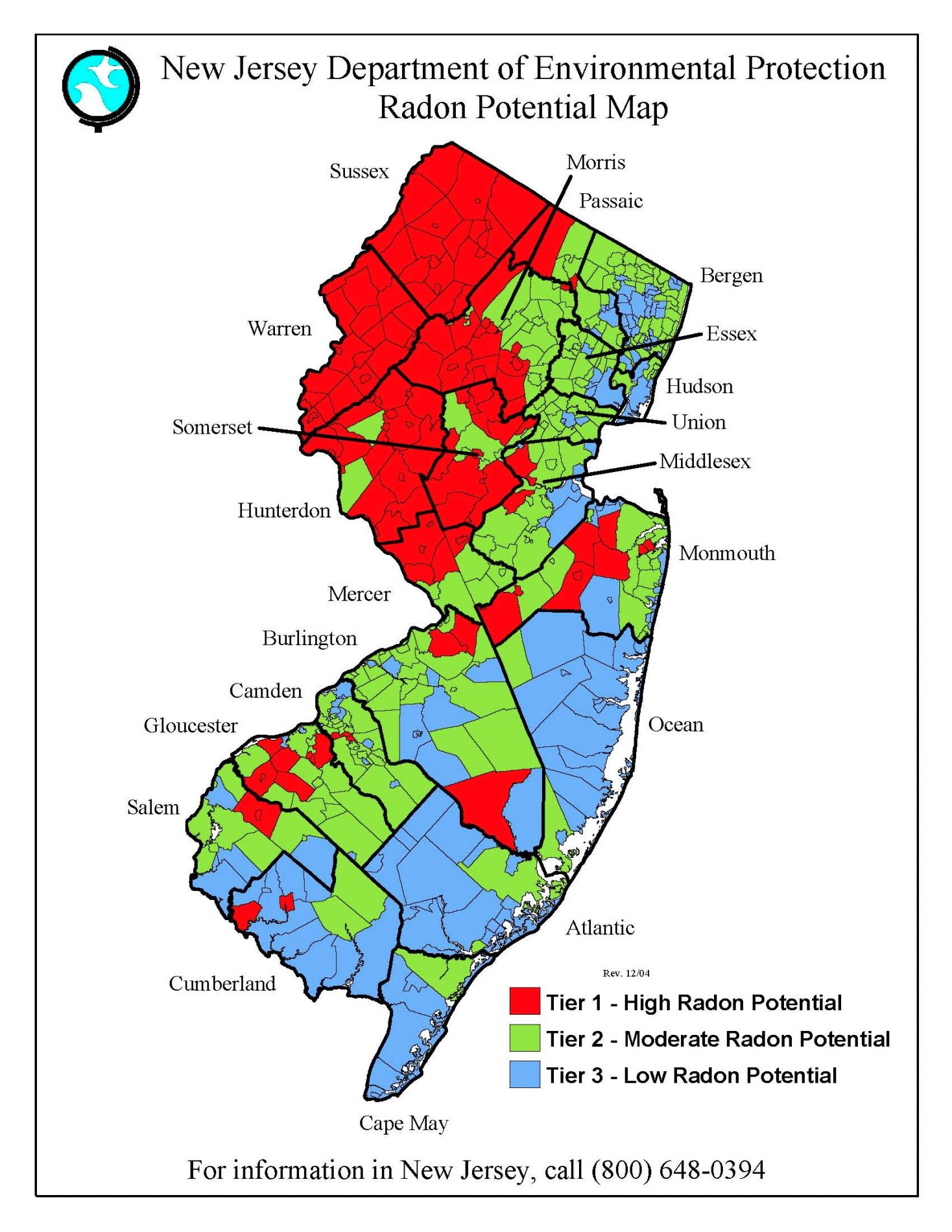 If you are buying a home, you should have a radon test performed to determine the level of radon in the house. A radon test canister is placed in the lowest living level of the house and then retrieved 2 – 6 days later. The test canister contains activated charcoal granules. During the exposure period, radon molecules are absorbed into the charcoal. At the lab, the canister is placed on a sodium scintillation gamma ray counter. As the radon decays, it emits gamma rays. The counting system counts three of the gamma rays emitted from the charcoal that arise from the decay of radon inside the canister.

Radon test results are measured in pico Curries per liter of air (pCi/L). According to the EPA, no level of radon is considered totally safe – that is, there are health risks at even low levels. However, when test results show that the radon level in a home exceeds 4 pCi/L, a level set by the EPA, remedial action must be performed to reduce radon levels to more acceptable levels.

The Radon Act of New Jersey (N.J.S.A. 26:2d-70 et. Seq.) Was enacted to establish parameters to regulate the testing and mitigation of radon. In New Jersey, testing for radon gas must be performed by a licensed NJ radon technician. Red-Tail Home Inspection LLC is licensed to perform NJ radon testing and can provide you with a low-cost scientific NJ radon test. Request the NJ radon test when you schedule your home inspection.

What if the Test Shows High Levels of Radon?

If radon levels are found to be higher than 4 pCi/L, then a mitigation system should be installed to reduce the levels of radon gas in the home. The good news is that mitigating radon is a relatively straightforward process. The most common method of mitigation is to install a fan that draws the radon from under the foundation of the home and discharges it over the roofline. It is recommended that such a mitigation system be installed by a reputable radon mitigation company.

We look forward to working with you!